The D-Day Squadron Soared at AirVenture! 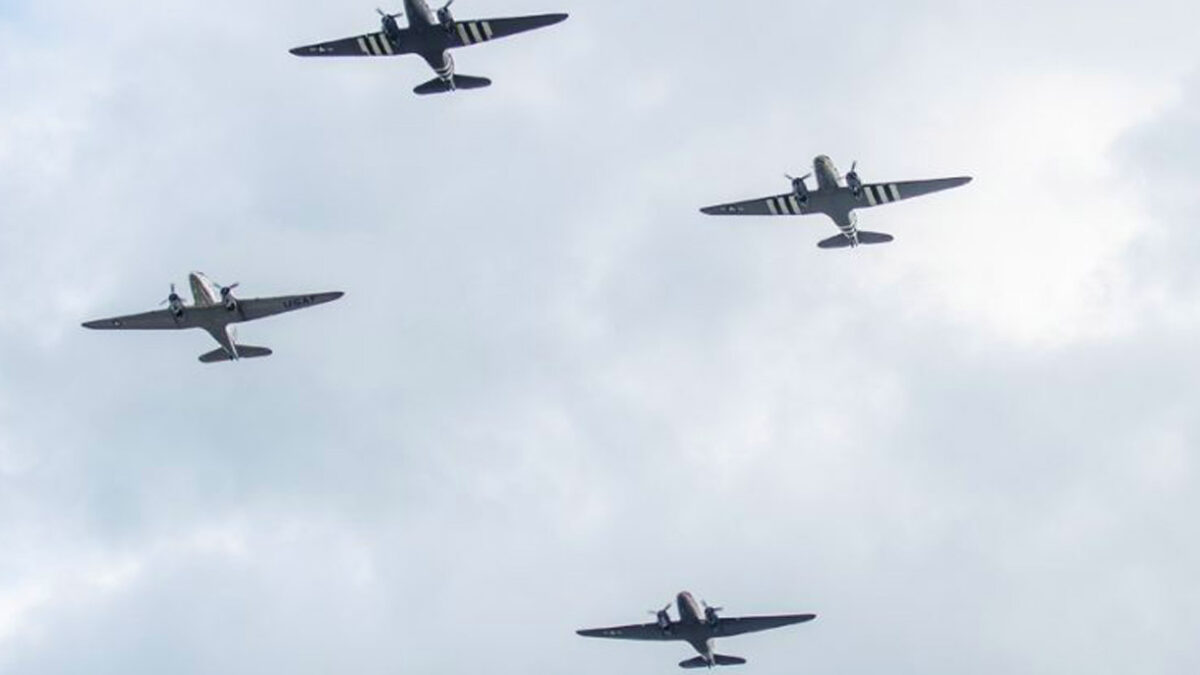 Another fantastic AirVenture in Oshkosh, Wisconsin is now in the history books. Attendance at the event marked an all-time high: roughly 601,000, or nearly 2% above 2017’s record, proving to be a great opportunity to broadcast our mission to a large audience. Here’s how the D-Day Squadron contributed to “The World’s Greatest Aviation Celebration.”

Nine aircraft of the D-Day Squadron flew throughout the week. Three additional airplanes made an appearance at different points during the week bringing the total number of Squadron aircraft appearing at AirVenture to 12. With the enthusiastic support of EAA, the D-Day Squadron was featured on the organization’s communication outlets such as the AirVenture website, EAA Radio and their internal broadcasting network. Our press conference on Thursday drew the highest attendance of any press conference that week.

Every day the Squadron’s airplanes were busy flying passengers, flying in the airshow or participating in media events. Highlights include: 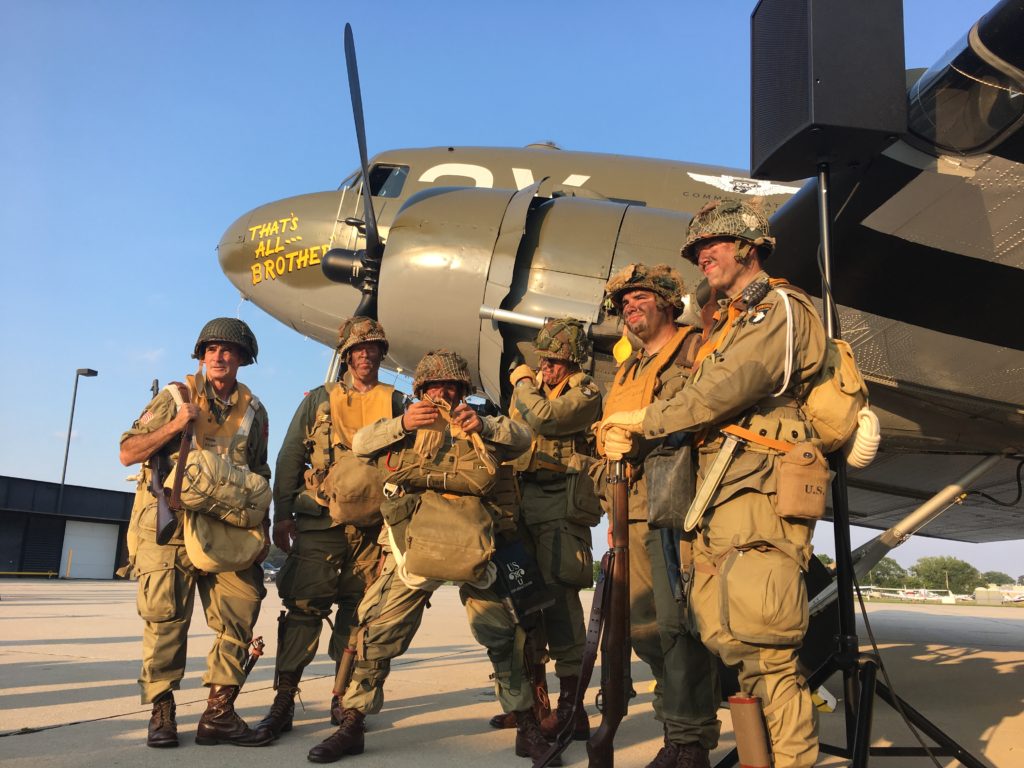 – On Wednesday, July 25th, the D-Day Squadron flew to Central Wisconsin Airport to support the local Warbird Rendezvous, an event to benefit the Never Forgotten Honor Flight. The Squadron took this opportunity to practice formation flying and crew familiarization. 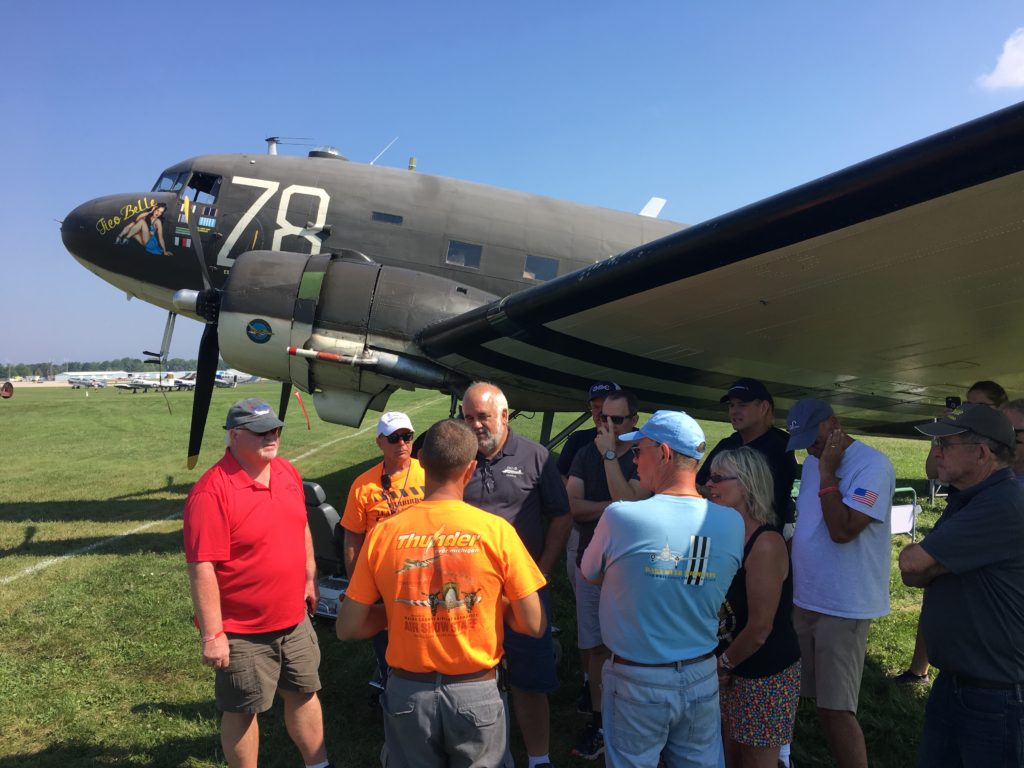 – On Thursday, July 26th, D-Day Squadron aircraft flew members of domestic and international aviation media. C-47 Placid Lassie and That’s All, Brother, C-47 Miss Virginia and Golden Age Tours took at total of 41 members of the media on board for a flight. 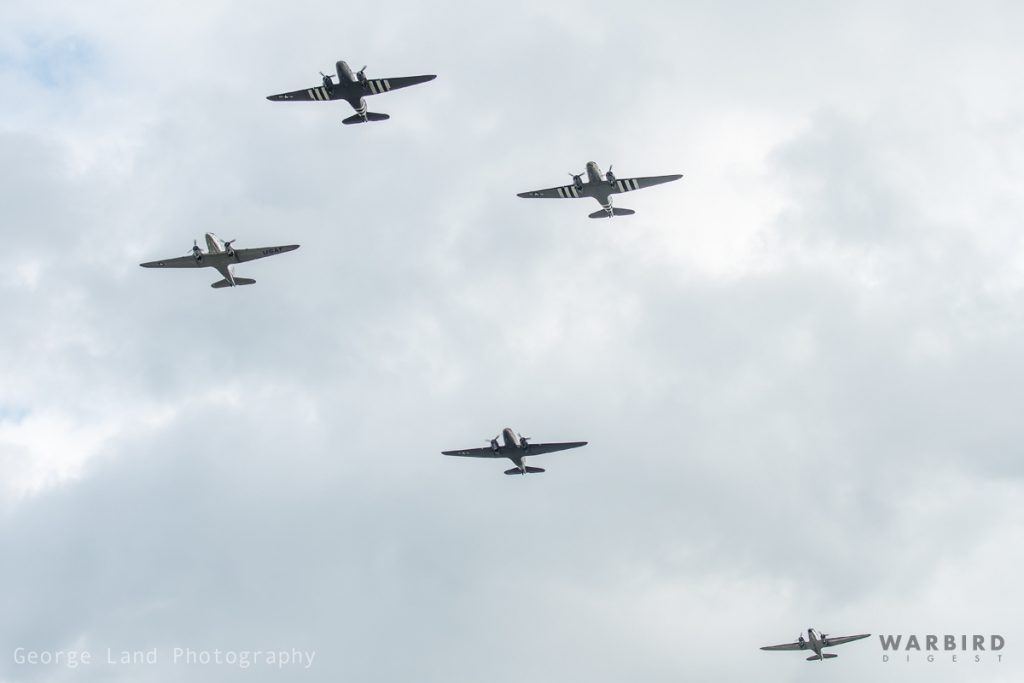 – On Saturday, July 28th, the C-47s were parked on Warbird Alley and featured in the Warbirds in Review program. The special guest of the program was Lt Col Dick Cole.  (CLICK HERE) As a Lieutenant, Dick Cole was Jimmy Doolittle’s co-pilot during the daring April 1942 raid when 16 B-25B Mitchell bombers launched from the heaving deck of the aircraft carrier USS Hornet to bomb the Japanese mainland for the first time since the attack on Pearl Harbor. After the Doolittle Raid, as the mission subsequently became known, Cole went on to serve with the 1st Air Commando Group during their push into Burma. At the grand age of 103, Dick Cole is the last surviving member of the Doolittle Raiders, and we were fortunate to have this gallant man on hand at AirVenture to witness the Yankee Air Museum’s C-47 being marked in his honor. 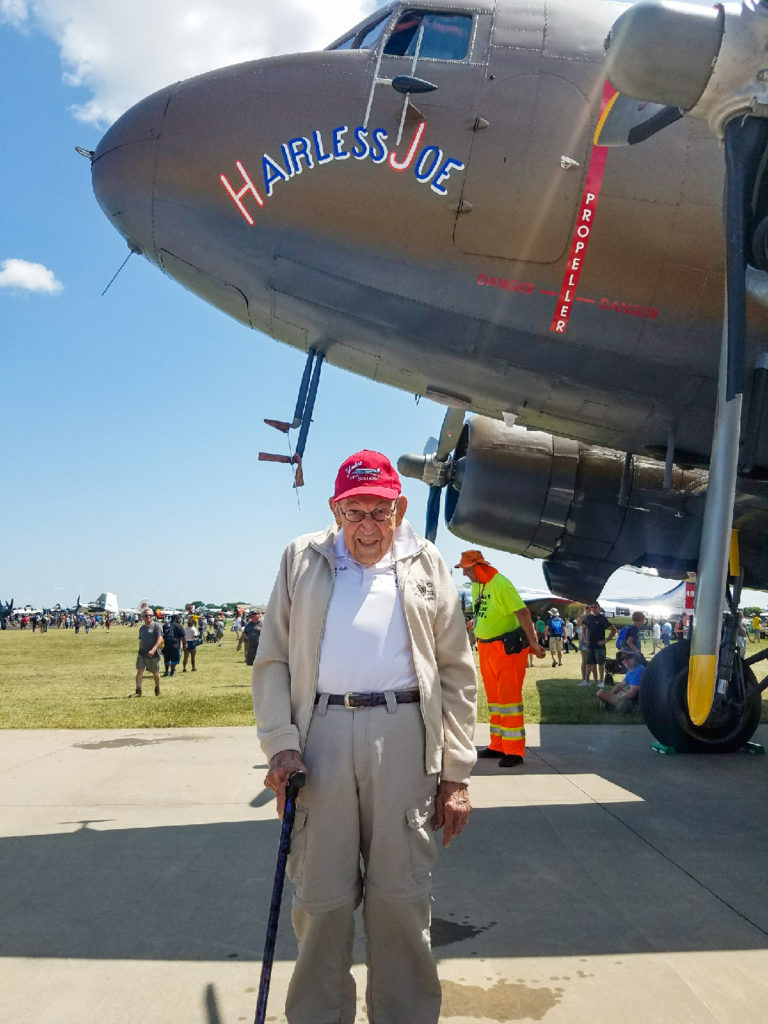 The mission of the D-Day Squadron continues full steam ahead. As time marches on, fewer World War II veterans remain with us. The D-Day Squadron believes in the importance of remembrance and education to ensure the memory of these brave soldiers – and the significance of World War II – is fully appreciated for generations to come. Donor support is crucial to this effort. Funds raised will be used for the safe passage of the American C-47 fleet to France.

Thank you for your support! 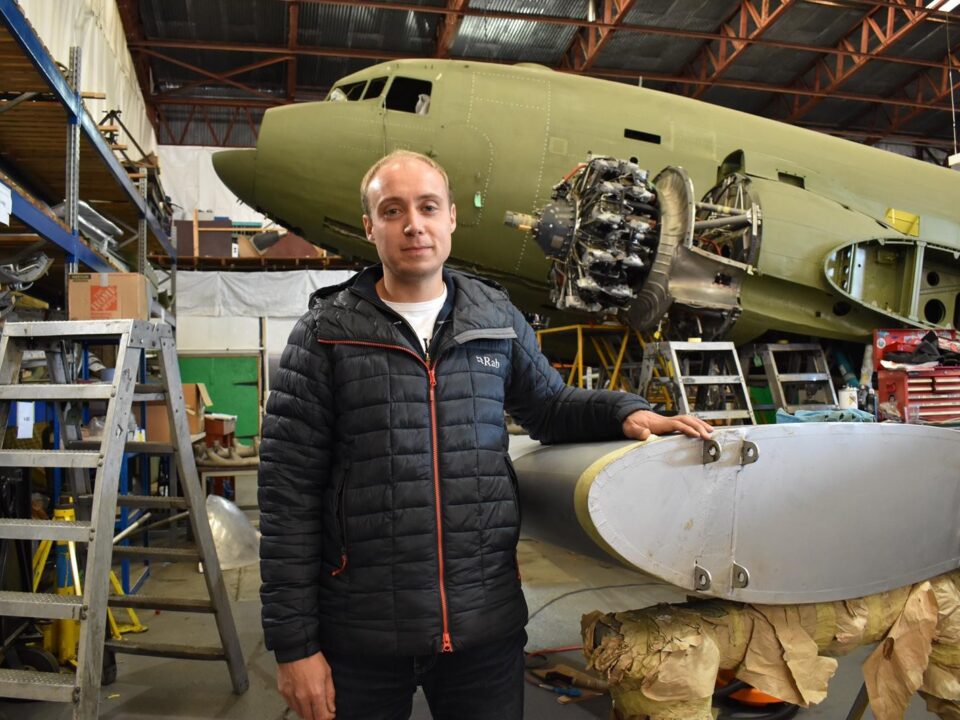 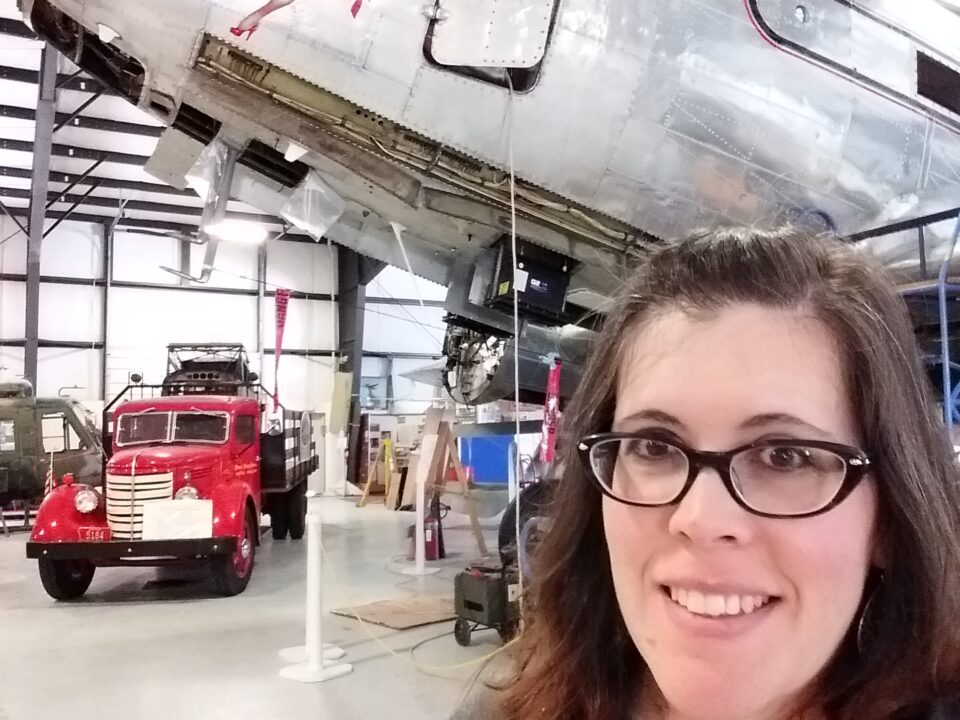 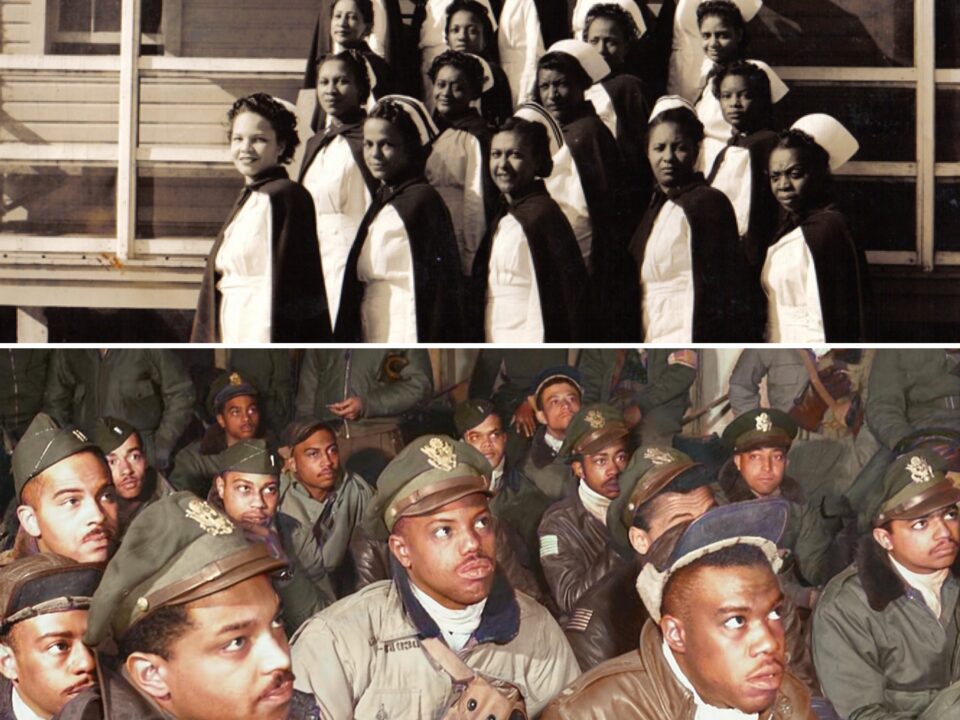