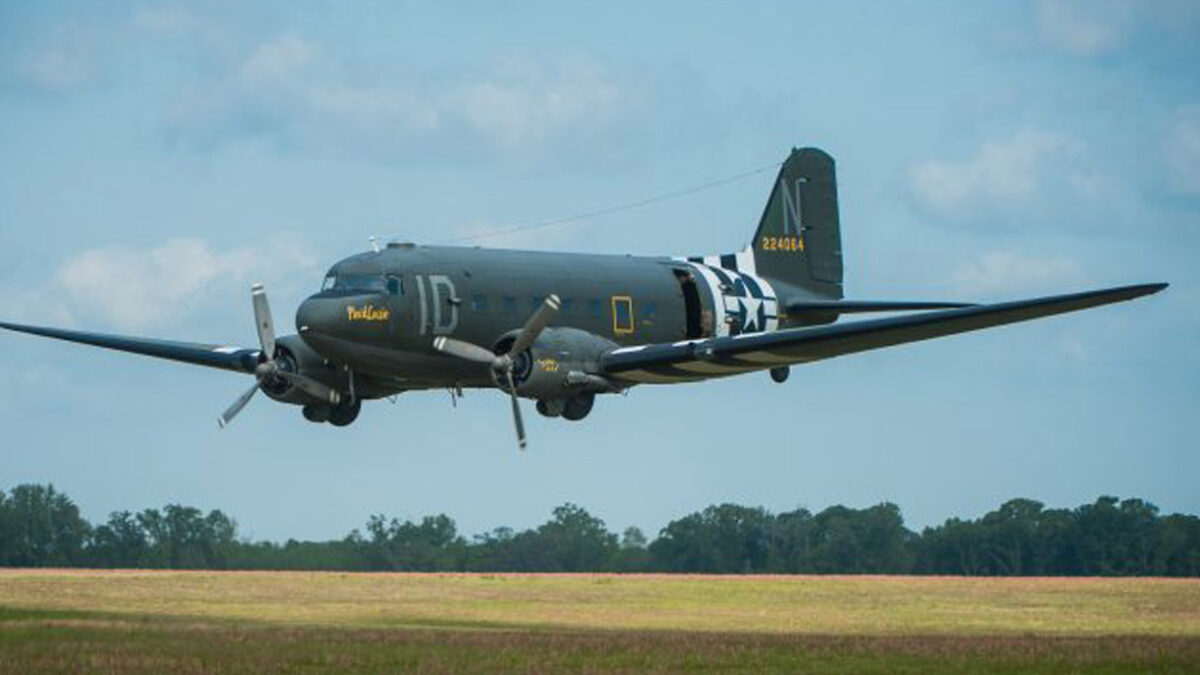 The annual Airborne Awards Festival took place over the weekend of April 19th – 21st, 2018 at Fort Benning near Columbus, Georgia. Soldiers of the 1st Battalion, 507th Parachute Infantry Regiment hosted the event, which featured a jump onto the historic Fryar Drop Zone by the Liberty Jump Team, the Memorial Wreath Laying Ceremony, a skit by Soldiers of the 1-507th PIR among other highlights. The awards bring together former and current members of the Airborne community.

This year marked the 41st edition of the Annual Airborne Awards, and the D-Day Squadron, with their WWII combat-veteran Douglas C-47 Skytrain named Placid Lassie, had the distinct privilege of participating in the festivities last week. WWII, Korean War, Vietnam and other airborne veterans had the opportunity to tour Placid Lassie prior to the ceremony. The historic transport plane also provided the backdrop for a re-enlistment parade and the presentation of honorary jump wings to two members of the Liberty Jump Team. 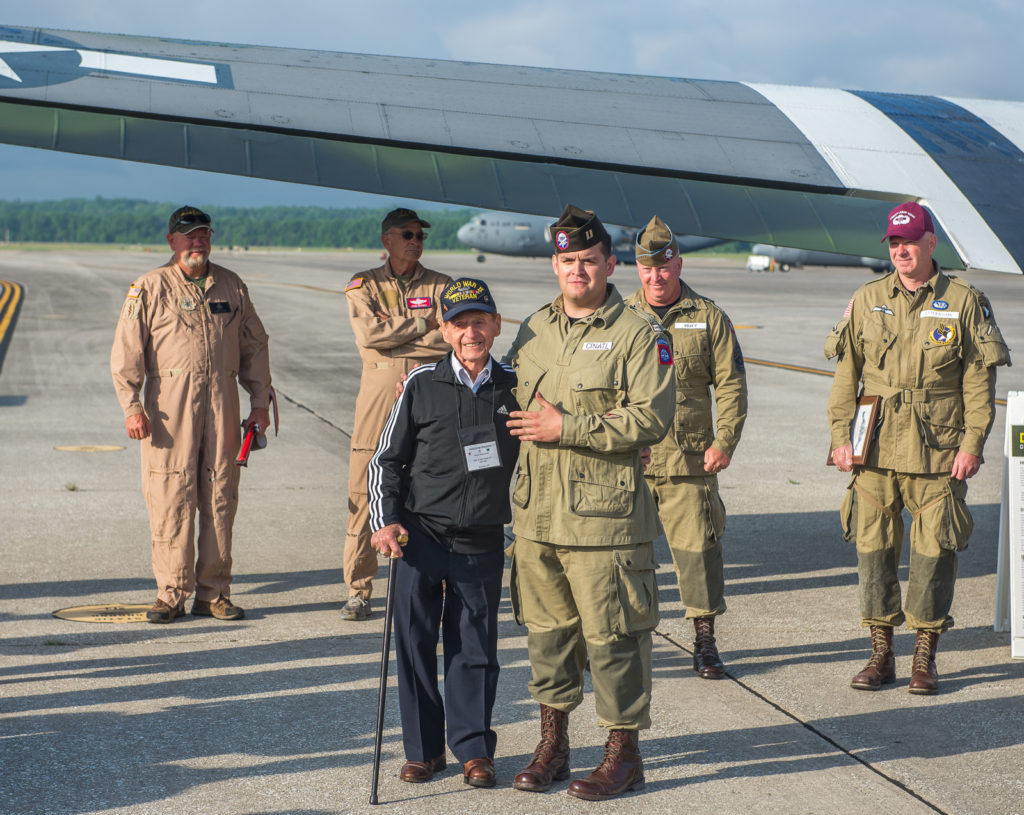 Captain Cinatl, right, with WWII veteran Henry Muszynski, who served with the 88th and 326th Glider Infantry of the 13th Airborne Division. (Photos by Patrick A. Albright, MCoE PAO Photographer)