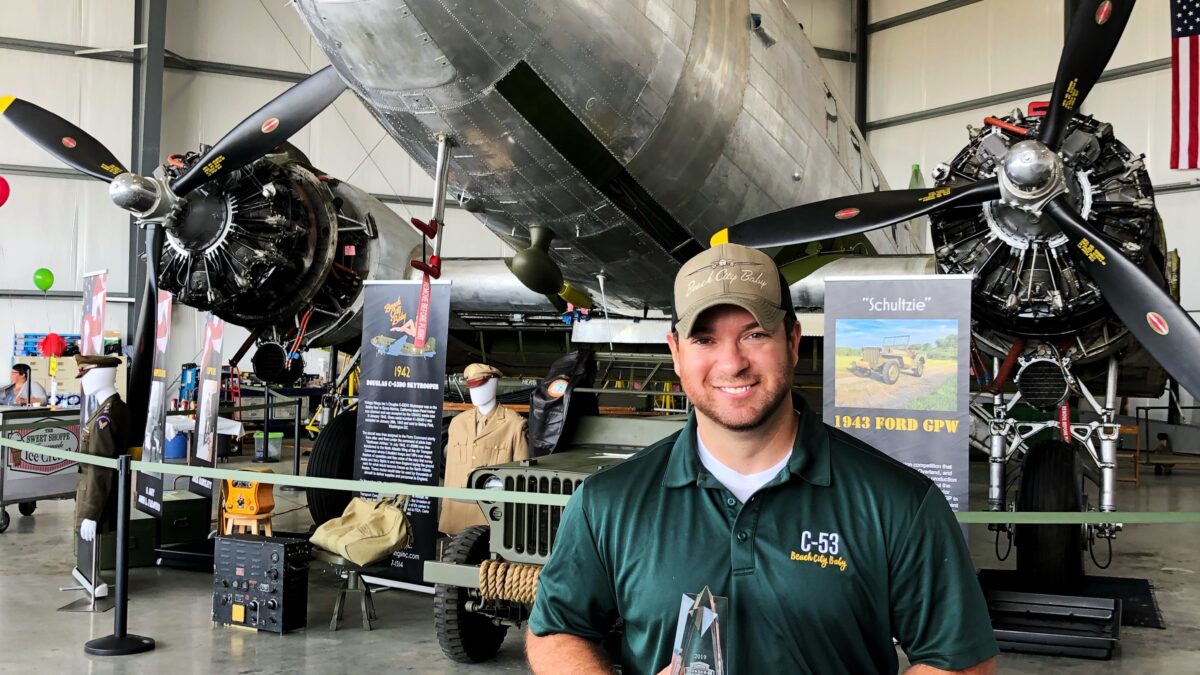 “I couldn’t believe a DC-3 was left basically rotting in a field in 2015! I didn’t know anything about its history when I found it, but I had an instant connection with it and needed to save it.” That’s what Jason Capra thought when he accidentally drove past C-53 41-20095 six years ago. Now after years of hard work and fundraising, “Beach City Baby” is on the cusp of returning to flight and has become the latest member of the DC-3 Society.

Originally under construction as a civilian DC-3 when Pearl Harbor was attacked, it was accepted by the US Army Air Corps on January 21, 1942 straight out of the Douglas Santa Monica factory. Designated a C-53 (lacking the reinforced floor and large cargo door of the purpose-built C-47’s), after a brief assignment to Bolling Field, the aircraft was transferred to Ferry Command in early 1942.

From its base in Prescott, Maine, 41-20095 pioneered the North Atlantic ferry routes to England, becoming one of the first aircraft to fly the route that the “mighty 15” of the D-Day Squadron would recreate in 2019. The aircraft was flown by both military and civilian pilots, the latter from Northeast Airlines as, being essentially a DC-3, experienced civilian crews were used for the long flights. During this time the aircraft had “Northeast Airlines” painted on it as a joke as so many of the airline’s crews flew it, though the aircraft was military operated.

In the fall of 1942 the C-53 was transferred to the North African wing of Air Transport Command.  “Our aircraft was more of a behind the scenes aircraft,” Jason explains. “Its biggest mission in that time was medical evacuation.”  It is here that the aircraft becomes involved with the story of the Army Air Nurses. The urgent requirement for medical evacuation squadrons resulted in a training program being set up for air nurses and flight surgeons at Bowman Field, Kentucky. However, none of the first class of nurses had finished training when Operation Torch required them to be posted to North Africa, arriving in the theatre on Christmas day 1942 to commence the first all-female nurse evacuation flights.

Two years later the aircraft blew a tyre on landing at Casablanca in Egypt ending up on its nose, but it was repaired and assigned to the FEA, (Foreign Economic Administration), Cairo division in late 1944 where it remained until the end of the war in Europe. After the war the aircraft was sold as surplus and purchased by Danish Airlines alongside its sister ship, 43-30732, which still flies today having been part of the European contingent in 2019.

In 1952 after 10 years in Europe the aircraft returned to the United States being outfitted as an executive transport, most notably being operated by the State of Ohio as the Governor’s airplane “Buckeye one” from 1963 to 1983. Upon its retirement it was flown to the USAF museum at Dayton where it would remain until 1992. It was then purchased by Ken Joseph who put new engines on it, (after the originals where used to keep the Ohio University of Athens’s example flying), and flew it to Beach City, Ohio where it remained until 2015.

It is here that Jason Capra and the Vintage Wings, Inc. team enter the story.

Having been obsessed with airplanes his whole life, Jason started flying at 15 years old and got his first job flying freight at 19. He is fortunate to have been involved in warbirds since he was 14 when he worked on the C-54E “Spirit of Freedom” of the Berlin Airlift Historical Foundation. He then had his first experience flying warbirds as the co-pilot of “Spirit of Freedom” at just 19! Today Jason still regularly flies a Piper Cub and captains Embraer 175’s for a living.

It would then take Jason and his team two and a half years of three days a week working to get the now christened “Beach City Baby” ready for a ferry flight. Jason fondly recalls the 45 minute ferry flight to Venango Regional Airport, Franklin, Pennsylvania. “With all my flying experience it was the most memorable flight of my life, knowing that it was getting out of there and going somewhere to be saved, it was magic, pure magic.”

Since then the aircraft has been undergoing a major restoration, this has included work to comply with the main spar Airworthiness Directive by adding a doubler to the main spar behind the landing gear. In order to do this both wings had to be removed and the landing gear had to come off. “It was then that we found a decent amount of corrosion in the wings.” Jason adds that the wings, alongside the doublers on the main spar, have proven to be “the largest task to date.” It has taken four days a week for one and a half years to complete with a dedicated team of three to four individuals working just on the wings for that time.

The restoration has also faced the challenges of the COVID-19 Pandemic. “It’s been a struggle to say the least,” but as Jason adds, “as awful as things could have been in 2020, we were very fortunate to keep a decent stream of donations coming in.” The team usually set up stands at air shows in order to sell merchandise for the project but they didn’t do a single event in 2020. “That hurt us a lot” Jason comments but despite that and the loss of corporate sponsors, “when we asked with fundraising drives we would get $7,000-$8,000 dollars every few months or so from people, not from one or two people, from lots” he stresses.  “100% of the money donated goes towards the restoration, we don’t have any paid staff.”

“The wings are now back on; flight controls are on and the hydraulics are completely finished. We are just finishing up work on the landing gear, engines and wiring up the avionics.”

“We have put a lot of time and effort not only into making it into a good C-53 but also a good airplane. There’s not a single component that’s not been replaced, everything is new or overhauled, it’s all been restored, safety is the number one thing on our mind.” It is the high standard of work and support from the public that drives Jason to “include everybody and let them know they are directly responsible for saving this thing.” Part of this has been their impressive social media presence that has given a real insight into the restoration. “We have been very transparent with Facebook and Instagram. We want people to see the quality of our work and see that these old girls can still fly and fly well!”

Beach City Baby is to wear her colors from her North Africa Air Transport Command days and I for one am excited to see an airborne representative of the North African campaign. Currently the aircraft is on schedule to make its first post restoration flight this year, Jason elaborated that with the current timescale. “We should finish painting the airplane by April and we are looking at taxi tests by May or June.”

The interior of the aircraft is also being restored to represent every role the C-53 performed in WWII. It will have section fitted with paratrooper seats, four VIP passenger seats, a cargo area and four stacked litters, highlighting its role transporting wounded troops.

For the first year or two Jason plans to take the aircraft to fly-ins and air shows, mostly on static display, but he explains “as soon as we feel comfortable enough with the aircraft and we have a good solid crew we will start doing the ride program and be able to offer experience flights in the C-53.”

The plan is that 14 seats will be available for rides.

Jason comments that he has become friends with fellow DC-3 Society members Charlie and Neil of the Night Fright C-47 restoration in the UK. “The reason the three of us get on so well is we all have the same mindset. We want it done accurately and done right. We want to know we have a good flying airplane out there.  On joining the DC-3 Society he elaborates, “I have been fortunate enough to know, and get to know, a lot of the DC-3 owners and operators, it’s such a great group of people who own and operate these types of aircraft. We have to start taking care of each other, taking care of them as a group, or these planes will go away. We need to build a good core of knowledge and skills keeping them doing their greatest mission yet, being history teachers.”

This involves directly educating the younger generation. “We have a lot of student members and high school kids involved. We are really proud of our student members who learn history with us too, it’s about exposing as many people as possible to aviation history and teaching them what they can do.”

Jason and Vintage Wings, Inc. are striving to make sure the men and women who worked, flew and fought on them are not forgotten. They have even managed to get in touch with all of the children of the crew who regularly flew their aircraft in 1944.

He would like to thank everybody who has been involved in the project so far. “It’s a grass roots effort, there’s not one paid person behind this, and we would not be where we are if even one single person was removed from this project. We just wouldn’t be where we are without them.”

Jason and his team have made fantastic progress with restoring this war veteran to immaculate condition and I am sure I speak for us all in welcoming them to the DC-3 Society and saying that we cannot wait to see Beach City Baby return to the skies.

For those who want to help Beach City Baby prepare for its greatest mission, Jason highlights that they are a non-profit organization and rely heavily on donations. You can support them by donating via their website www.vintagewingsinc.com, or send a check to:

You can also follow the progress of the restoration through the Vintage Wings social media accounts. @vintagewingsinc 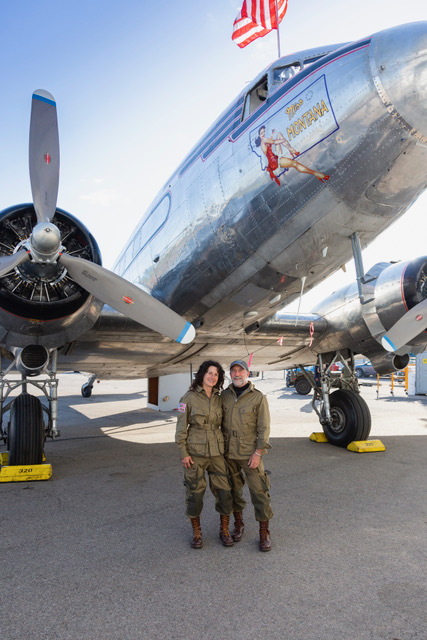 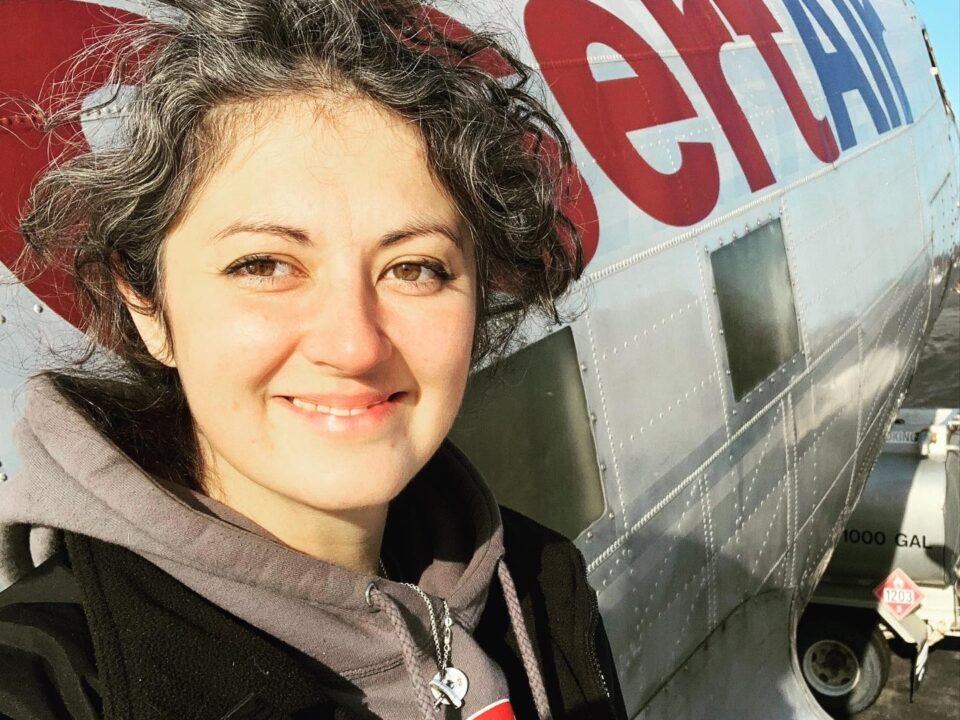 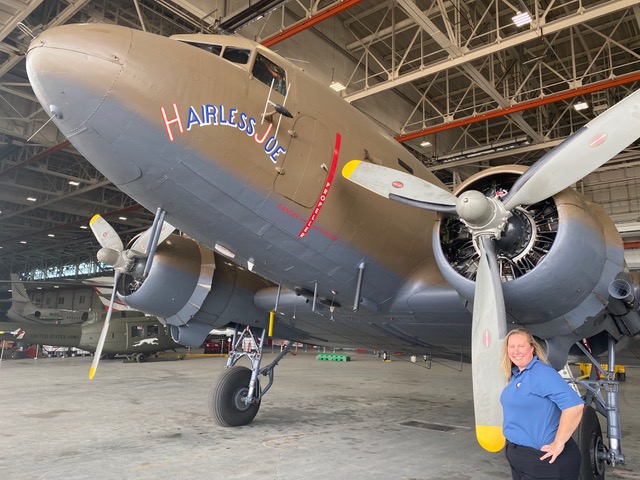