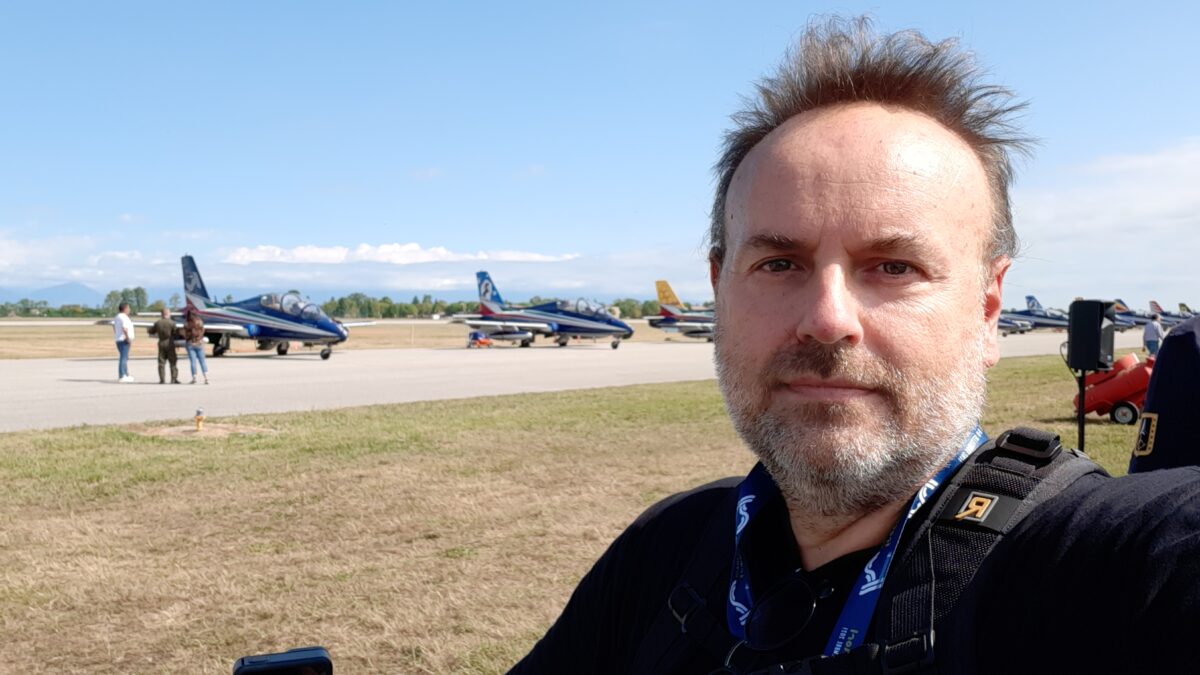 Gabriele’s first steps in the realm of aviation derive from modelism and books. Born and grown in Italy, where he still lives, his interest in becoming a pilot, a military one, increased with age. When the time was ripe to submit an application to the Italian Air Force Academy, the medical screening brought bad news; his eyes suffered from a mild form of color-blindess, and so the path to obtain a pilot license was precluded. His life took other directions, but love for planes and flight never went out; dozens of books and magazines have been bought to keep the flame alive.  In 2009 he decided it was time to revive his fondness for the aviation world, merging it with another one of his interests, photography. Year after year this passion has become a part-time hobby,  striving to steal time to his family and job to attend to airshows and military exercises, just for the pleasure to spend time on tarmacs all around the world. His photoreports are published on Aviation Photography Digest and other international websites and magazines.

His first encounter with DC-3s, or better, with Dakotas, dates back to his modelist period, buying C-47 and AC-47 Airfix model kits. The fascination grew following the stories of this wonderful aircraft still flying all over the world after so many years since her first flight, also in challenging environments like Antarctica. So in 2019, when the word spread about a massive participation of DC-3s and  C-47s to the quinquennial celebration of D-Day, he decided not to miss the chance to attend such an event! He flew to Duxford and spent three days taking pictures and filling his eyes and ears with the sight and the sound of those magnificent flying machines. Obviously he managed to cross the Channel and reach Normandy just in time to witness the reenactment of the mass drop on those fields that had been the real landing zones 75 years before (please give a glance to my report of this awesome experience here https://aviationphotodigest.com/d-day-75th-daks-over-normandy/).

Now, waiting and hoping that 2024 will bring another opportunity to relive moments like those, his dream is to have the chance to board one of those Gooney Birds and cross the Pond on a flying piece of history!

Gabriele Rivera hard at work! First photo he took of the Mighty 15 in Europe June 2019.