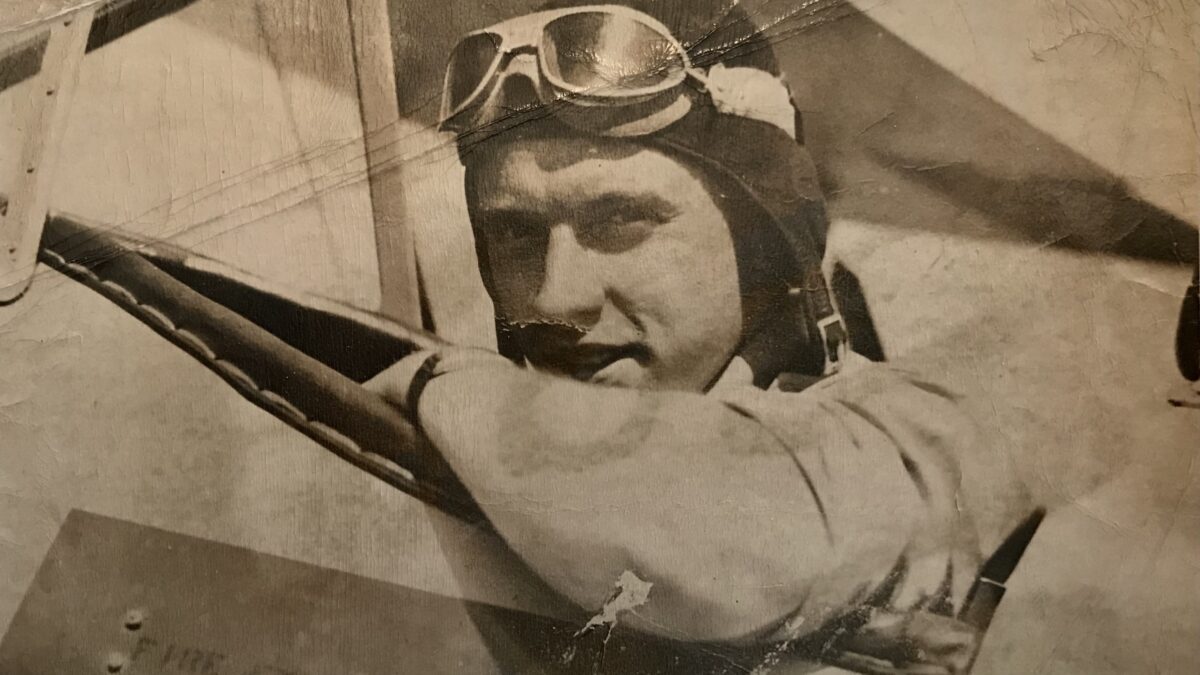 Throughout the entirety of World War II, a great majority of those serving were young men and women willing to make a difference. That was certainly true for Captain Jack Race. Jack, who will turn 100 on May 30th, was born in Crystal Lake, Pennsylvania. As a young man he took up carpentry alongside his father while self-educating himself by reading. His interest in aviation took shape after seeing Charles Lindbergh’s 1927 solo flight across the Atlantic. Having a longing for higher education, Jack went on to attend college. In his words,

“I graduated from high school and enrolled in the University of Scranton. At Scranton they had a program called the Civilian Training Program. If you were a college student, you could sign up and after taking necessary testing, you became a part of Civilian Pilot Training. After the first year, you’d have a private license and eventually you could go straight through and get your instructors rating. I did that and finished after two years and was offered a job as a flight instructor at the school. I was going to learn to fly to get my licenses. From there I was offered a commission in the Army Air Corps, which I accepted. Prior to that I was employed by the Air Corps as a civilian pilot and my job was to ferry combat airplanes around the country.”

Jack could never have guessed that he would go from a small-town boy to flying one of the most important generals in the British Army. As he recalled,

“I was assigned to the British military. Field Marshall General Bernard Montgomery needed an airplane to do his work and assigned me to fly his Chief of Staff, Major General Sir Francis de Guingand, also called “General Freddie” de Guingand, which I enjoyed very much. I was with the British 21st Army Group until the end of the war.”

Asked about his role in the war, Jack described the flight he considered the highlight of his aviation career:

“My most memorable flight was on May 6, 1945, when I flew ‘General de Guingand to collect Nazi General Alfred Jodl and his delegation in Luneburg and transport them to Rheims to sign the peace treaty. Upon arrival in Luneburg, I watched from the cockpit as de Guingand approached Jodl and the defeated general extended his hand. “I’m so glad that General Freddie shook his hand,” Jack said. “He was extending his hand in peace.”

Although Jack flew the VIP’s around in a DC-3 aircraft, he had also flown P-47s, B-25s and several other aircraft during the war. For his excellence in flying important missions, he was awarded the Royal Air Force Cross, a distinction very few Americans alive today have received. As Jack approaches his 100th birthday we must remember one of our last living links to the British Army during the war. Jack plans on spending the day with close family and friends and reflecting upon a life well lived.