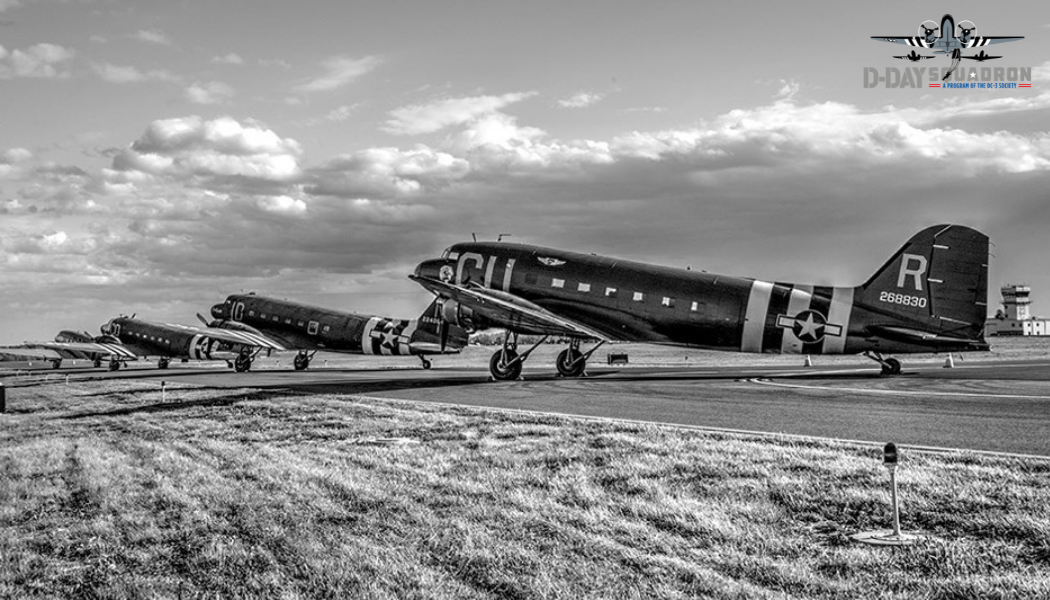 Oxford, Connecticut – FILM UPDATE, April 22, 2022 – Over the last year, several museums and venues have hosted special screenings of “Info Flight Once More,” the documentary capturing the 75th anniversary Mission to Normandy organized by the D-Day Squadron, involving 15-WWII era DC-3s, all owned, operated and flown by crews passionate about celebrating, commemorating and paying tribute to the Greatest Generation.

In 2022, the film was shown at a select few venues and film festivals as it gains momentum, interest and further engagement from the general public.

Beginning with the San Luis Obispo (SLO) Film Festival on Wednesday, April 27, ongoing screenings will involve various aircraft of the “Mighty 15,” that retraced the route in WWII and returned to Normandy shores June 2019. Below are details of two upcoming public film events, where updates will follow on the D-Day Squadron website, Facebook and Instagram pages.

INTO FLIGHT ONCE MORE, narrated by Gary Sinise, brings the history of June 6, 1944 to the present through the lens of one squadron and their epic recreation journey across the North Atlantic to Normandy for the 75th Anniversary of D-Day. Along the trip we meet some of the last remaining D-Day Veterans and younger generations of men and women who have re-charted their path to honor their sacrifice and thank them for their service.

“When I started making this film, I didn’t know the full extent of the experience of the squadron. Comprised of the most skilled and experienced pilots living today, the D-Day Squadron has put thousands of hours and tremendous resources towards honoring remaining WWII veterans,” shared Adrienne Hall, film director. “Connecting with and hearing the stories of these veterans was the honor of a lifetime and we are thrilled to share how the whole journey came together in our new film, Into Flight Once More.”

Don’t forget, you can sign up to host your own screening here: https://bit.ly/IFOMScreening

About the DC-3 Society & D-Day Squadron

The DC-3 Society is a program of the D-Day Squadron with the purpose to promote DC-3 type aircraft airworthiness, serve members and promote static and flying displays for future generations. The North American DC-3 Society was born to organize the collective efforts of enthusiasts, pilots, mechanics and operators. It actively educates and involves the next generation in “flying freedom” and celebrates everything the DC-3 has accomplished in war and peace.

The D-Day Squadron is part of the Tunison Foundation, a non-profit 501(c)(3) charitable organization. In June 2019, the D-Day Squadron led an American fleet of 15 historic, restored C-47 World War II military aircraft to take part in a flyover of more than 30 international aircraft to drop over 200 paratroopers over the original 1944 drop zones in Normandy commemorating the 75th anniversary of D-Day. The event honored the citizen soldiers of the War, whose bravery led the Allies to the liberation of France, and then to an end of the devastating War in Europe. The Squadron’s education program takes the compelling story of the citizen soldier to audiences at airshows and events off the flight line to honor these brave Americans and ensure their memory and significance is appreciated for generations to come. The group’s efforts are funded through the generous tax-deductible contribution of their supporters. Learn more at DDaySquadron.org.

Sound Off Films is a production and impact studio specializing in creating, marketing, and distributing films, branded content, and other media projects.

Whether Sound Off is producing material for Fortune 500 companies and nonprofits, organizing impact-driven events, creating pro-social marketing campaigns around a product launch, or managing online communities, we balance equality, inclusivity, and advocacy with creativity, quality, and innovation. 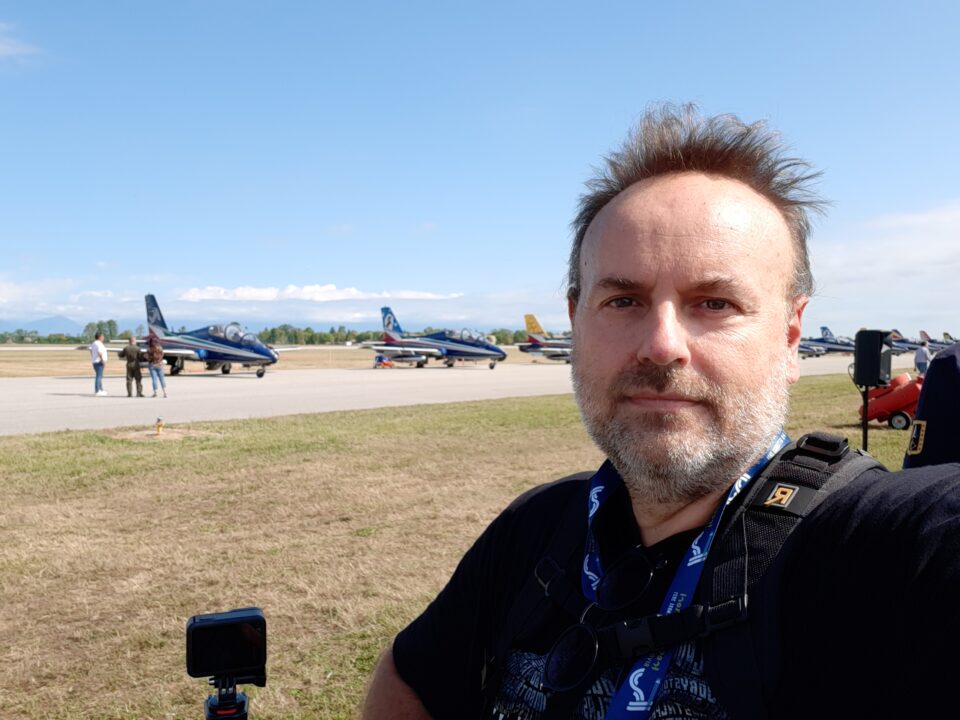