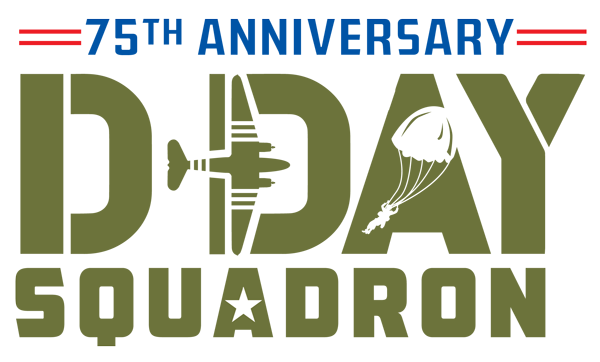 Wiesbaden, Germany – June 13th, 2019 – The D-Day Squadron, having just completed a successful overflight of the official ceremony to commemorate the 75th anniversary of the Invasion of Normandy, released a statement to address concerns over certain events that are run by an entirely separate group, Daks Over Normandy, where problems have been encountered by the general public.

“There are several events where aircraft of the D-Day Squadron were invited to attend, such as Daks Over Duxford, events at Caen – Carpiquet Airport and BA70,” explained Moreno Aguiari, Director of Marketing and Public Relations. “We want to clarify that we were invitees to these events, but we had no control over their implementation or function. Anyone with concerns over services connected with these events needs to contact Daks Over Normandy, as they are a completely separate group who is responsible for providing those services.”

“I can only speak on behalf of the D-Day Squadron,” Aguiari continued. “We were very disappointed in some of the activities surrounding these events as well. But we are ‘over the moon’ about our successful overflight of two presidents and 60 WW2 veterans. This was our way of paying tribute to the entire Greatest Generation and their incredible sacrifice that continues to define western civilization to this day. Our mission was to fly 15 C-47 and DC-3 aircraft across the Atlantic in time for this event and we’re happy to declare ‘Mission Accomplished!’ for that objective.”

Since the 75th anniversary of the Invasion of Normandy, the D-Day Squadron has moved to Wiesbaden, Germany where squadron aircraft are honoring the pilots, crews and citizens impacted by the Berlin Airlift. On June 10th, 2019, 33,000 people were in attendance as D-Day Squadron aircraft recreated a “candy drop” with the original “Candy Bomber” Gail Halvorsen flying in Placid Lassie, courtesy of D-Day Squadron’s parent organization, the Tunsion Foundation. Some of the original children that Halvorson dropped candy to in 1948 were also in attendance.