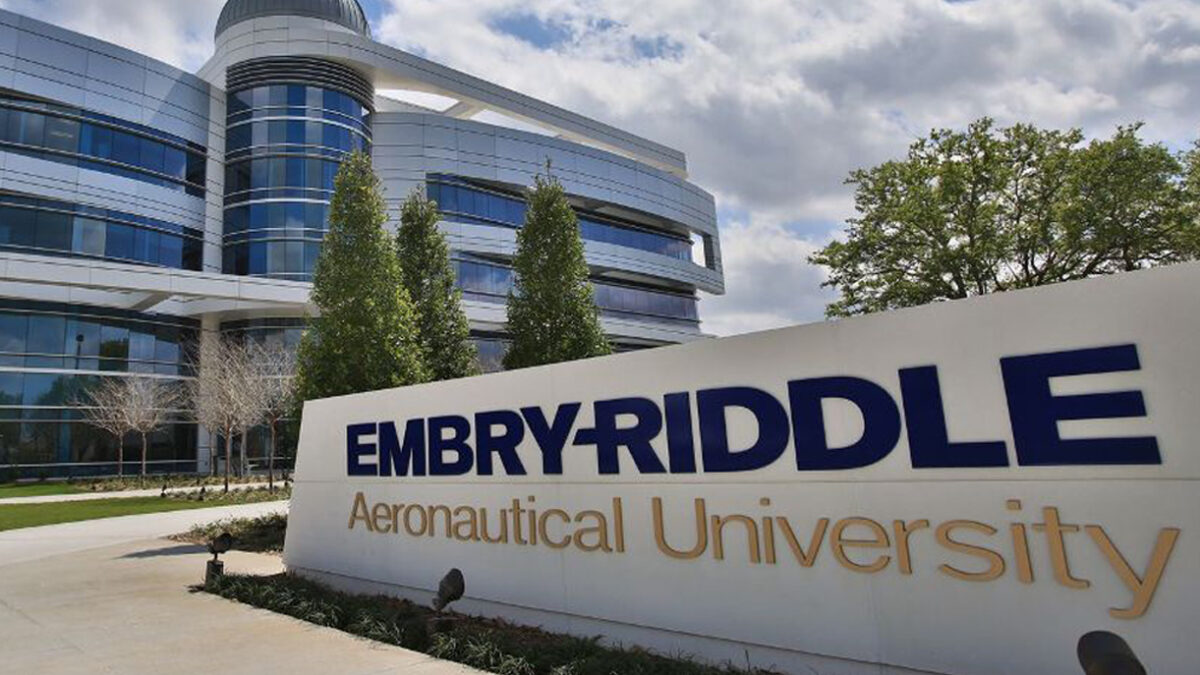 Students and faculty of Embry-Riddle Aeronautical University will provide crucial weather support to 15 vintage World War II C-47s, DC-3s and variants, nicknamed Dakotas, as they cross the Atlantic to celebrate the 75th anniversary reenactment of the Normandy invasion.

“This historical mission will allow me to include my students in understanding transoceanic weather support in a real-world scenario,” said Professor Debbie Schaum, Associate Chair and Associate Professor of Meteorology in Embry-Riddle’s Applied Aviation Sciences. Professor Schaum is joined in the effort by Dr. Shawn Milrad, Dr. Daniel Halperin, and Central Florida News 13’s Rob Eicher, all assistant professors of meteorology at Embry-Riddle.

Unlike modern commercial aircraft, the vintage planes are more restricted by inclement weather. They have limited internal climate control and, even more importantly, the de-icing varies by aircraft, so the pilots need to be informed of areas of potential icing.

On May 13th, 2019 the Embry-Riddle weather support team put out its preliminary assessments, defining the weather-posed challenges for the aircraft, which were scheduled to depart from Oxford, CT. on May 19th, 2019.

“There are many problems with the East Coast this week,” said Professor Schaum. “We actually have a Nor’easter off the coast of New England bringing in lots of moisture, with low ceilings and even a mix of rain and snow possible for parts of Maine and Canada.”

At this point, all aircraft successfully launched from Oxford, CT. The fleet are scheduled to land for refueling in Newfoundland, Greenland, Iceland, and Scotland, at airports selected because they would have been refueling points for these aircraft during World War II as part of the original “Blue Spruce” route. The aircraft will then join an international fleet of Dakotas in England, before flying to France to participate in the D-Day commemorative events on June 2nd-9th, which is planned to involve a June 5th  drop of 200+ parachutists outfitted in period World War II Allied uniforms into historical drop zones.

Several aircraft are currently on the ground across Goose Bay, Narsarsuaq, Reykjavik and Prestwick. “We can’t determine anything until the night before each planned departure,” said Garrett Fleishman, an Embry-Riddle undergraduate. Fleishman is responsible for helping to connect the university to the mission to fly the planes from the United States to Europe. A pilot majoring in Unmanned Aircraft Systems, Fleishman approached Professor Schaum in January after she told a class he was in about Embry-Riddle providing weather support for the annual Air Race Classic events. She immediately agreed to help out with the transatlantic flight and recruited Milrad, Halperin and Eicher.

“She’s been all for it,” said Fleishman. “We’ve both been extremely excited and motivated to get the aircraft across safely.”

Fleishman has been involved with vintage war planes, sometimes known as “warbirds,” for years. He started working for Tradewind Aviation while in high school. It was at Tradewind that the President of the company, Eric Zipkin, bought a C-47 that he discovered had been flown in the D-Day invasion in 1944. He began taking the airplane to air shows and educational events. From there, he and other aviation history enthusiasts formed the Tunison Foundation, specifically for the purpose of providing dynamic historical education using vintage aircraft. About 18 months ago, the foundation started organizing the plan for the C-47 and DC-3 aircraft to fly to the D-Day commemoration from the United States.

For the pilots who will cross the Atlantic in the vintage planes, “It’s going to be a huge adventure,” regardless of their level of experience, said Fleishman.

In addition to weighing weather concerns, the flight crews will deal with maintenance issues that arise with aircraft that — although meticulously cared for — were built in the 1930s and 1940s.

“We do expect things to break along the way,” said Fleishman, adding that each airplane has on board its own replacement parts and tools, and at least one certified mechanic.

During the flight to Europe, Professor Schaum’s students will do basic forecasting for the planes’ route each day. Their information will be compared to the official briefings that Professor Schaum and her colleagues will be providing. By watching the weather the entire time the planes are in the air each day, the students will be able to participate in updating the weather conditions and forecast. This will allow the briefer to fine tune the afternoon briefing to the crews.

Professor Schaum and her colleagues are donating the time they put into providing weather support for the vintage planes. “This is such a historical celebration that when I asked my colleagues to participate, they readily agreed,” she said.

Embry-Riddle Aeronautical University is the world’s largest, oldest and most comprehensive institution specializing in aviation, aerospace, engineering and related degree programs. A fully accredited university, Embry-Riddle is also a major research center, seeking solutions to real-world problems in partnership with the aerospace industry, other universities and government agencies. A nonprofit, independent institution, Embry-Riddle offers more than 100 associate’s, bachelor’s, master’s and Ph.D. degree programs in its colleges of Arts & Sciences, Aviation, Business, Engineering and Security & Intelligence. The university educates students at residential campuses in Daytona Beach, Fla., and Prescott, Ariz., through its Worldwide Campus with more than 135+ locations in the United States, Europe and Asia, and through online programs. For more information, visit www.embryriddle.edu, follow us on Twitter (@EmbryRiddle) and facebook.com/EmbryRiddleUniversity, and find expert videos at YouTube.com/EmbryRiddleUniv.