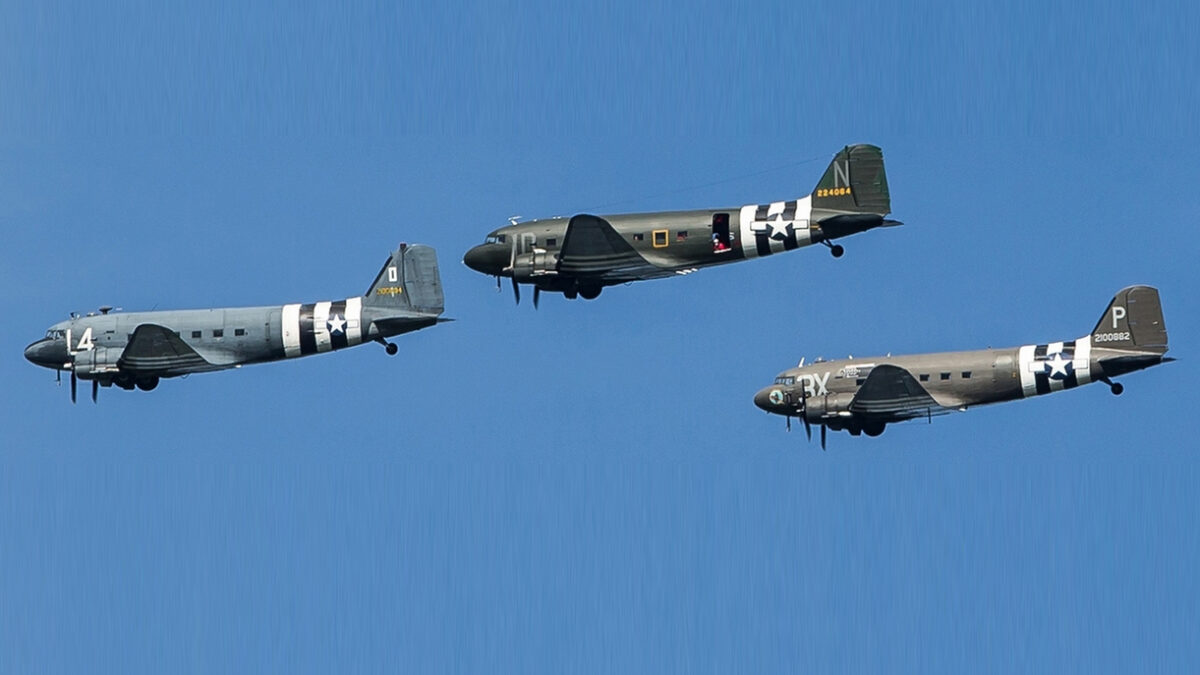 Oxford, Conn. – April 22nd, 2019 – The D-Day Squadron, part of the Tunison Foundation, announced the starting point for the Squadron’s journey to Europe over the original “Blue Spruce” route  to commemorate the 75the anniversary of the Invasion of Normandy. Aircraft will depart from Waterbury-Oxford Airport in Oxford Connecticut on May 19th 2019, but there will be a full week of activities to kick off this event, including a special Squadron flyover of the Statue of Liberty.

Arriving in Oxford on May 12th, 2019. Aircraft and crews will spend the week practicing critical skills such as formation flying, survival skills training, Oceanic Procedures and European Union Operations Training. Thursday, May 16th 2019 will feature a special day for the media (members of the media can register HERE), including a 9 A.M press conference and media flight at 11 A.M.

Saturday, May 18th 2019, will see the entire D-Day Squadron (conditions permitting) fly in formation from Oxford, up the Hudson River in New York, over Manhattan Island, and around the Statue of Liberty.

“It’s very likely we’ll never see an event like this again,” declared Moreno Aguiari, Director of Marketing and Public Relations for the D-Day Squadron. “And it’s for a very good reason. There are only a few members of the Greatest Generation still with us, so we wanted to put together the most significant tributes we could to honor their sacrifice and commitment. These tributes will start here and then extend all the way across the Atlantic.” 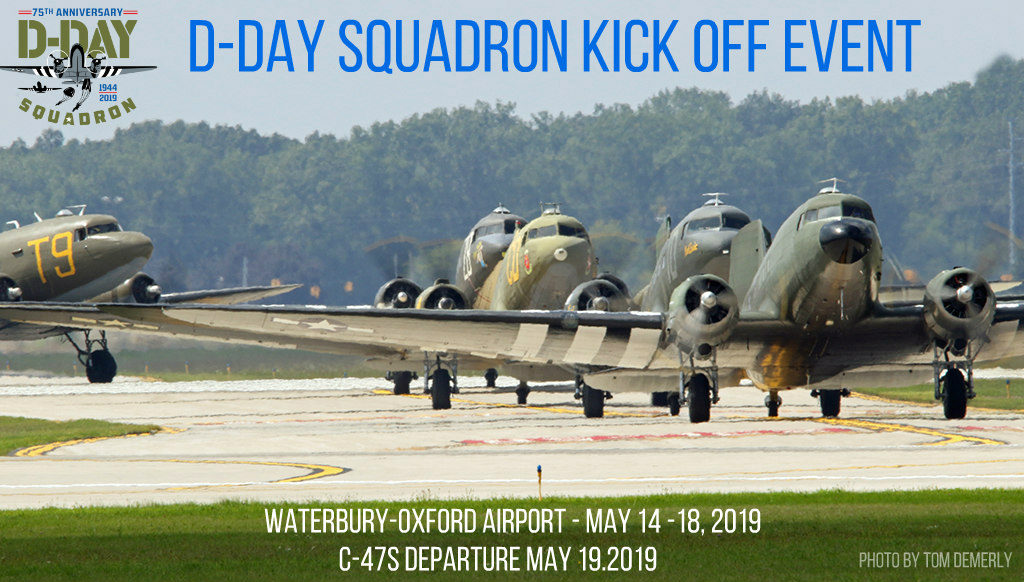 After departing on May 19th, 2019, the C-47s will stop to refuel in Goose Bay Airport (CYYR) in Newfoundland, Canada, Narsarsuaq Airport (BGBW) in southern Greenland, Reykjavik Airport (BIRK) in Iceland and refueling a final time at Prestwick Airport (EPIK) on the Western coast of Scotland before making the final leg to Duxford Airfield (EGSU) north of London.

About the D-Day Squadron
The D-Day Squadron is the part of the Tunison Foundation, a non-profit 501(c)(3) charitable organization. In June 2019, the D-Day Squadron will lead an American fleet of historic, restored C-47 World War II military aircraft in Daks Over Normandy, a flyover of more than 30 international aircraft to drop 250 paratroopers over the original 1944 drop zones in Normandy commemorating the 75th anniversary of D-Day. The event will honor the citizen soldiers of the War, whose bravery led the Allies to the liberation of France, and then to an end of the devastating War in Europe. The Squadron’s education program takes the compelling story of the citizen soldier to audiences at airshows and events off the flight line to honor these brave Americans and ensure their memory and significance is appreciated for generations to come. The group’s efforts are funded through the generous tax-deductible contribution of their supporters. Learn more at DDaySquadron.org. 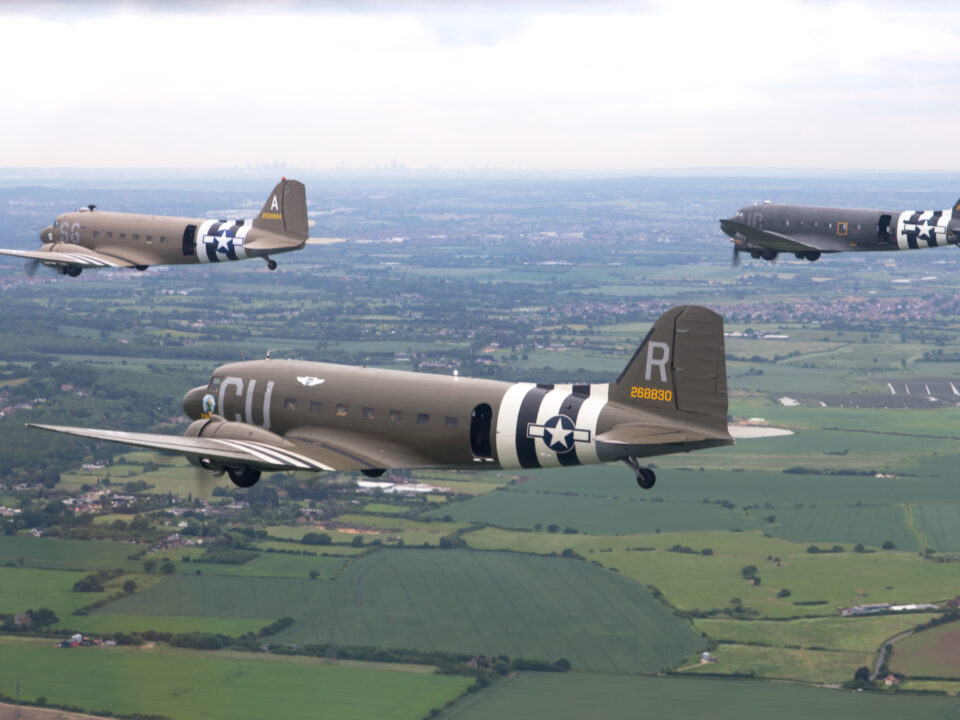 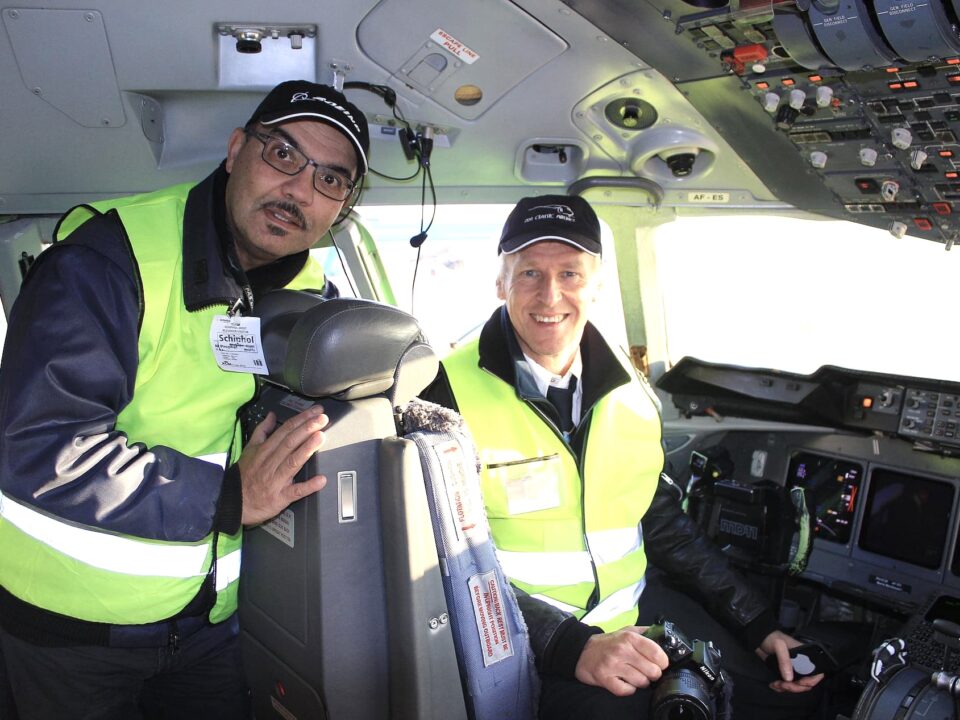